Secrets of the Sexes (documentary)

Secrets of the Sexes (documentary)

n Brainsex, five men and five women are put through a number of tests to see if their brains are categorised by scientists as more male or female. They soon then learn that the sex of the brain does not necessarily match the sex of the body. A scientist also takes a look at the brains of a couple who constantly disagree, to see if he can find any clues in their brain activity as to why they fail to understand each other.

Brainsex also meets a man who has changed the sex of his brain; a scientist studying what effect pre-natal levels of testosterone may have on behaviour; and another who claims he can predict the outcome of a race based purely on the length of the competitors’ ring and index fingers.

Brainsex is from the BBC TV series Secrets of the Sexes, a series of education programmes looking at social issues surrounding gender issues.
Source 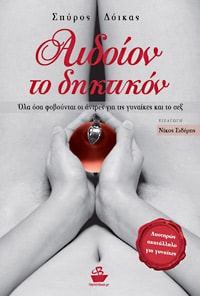